July is flying by and I've been having a blast here in Exeter, Ontario working with The Bach Music Festival of Canada..! It's been two amazing Bach-to-Bach weekends of music, and I did see one of Exeter's famously elusive White Squirrels! Lots on the horizon as July rolls into August - Sunday, July 23rd I'll be joining up with Lonesome Lefty for a concert at the Two Creeks Conservation Area in Wheatley, 6:30pm, PWYC. C'mon out to Wheatley for an evening of your favourite country music and some surprises!

I'm back in London on Thursday, August 3rd for my first performance at the new So-Ho Bar And Grill (466 South Street) along with my pal String Bone! 9:00pm PWYC! 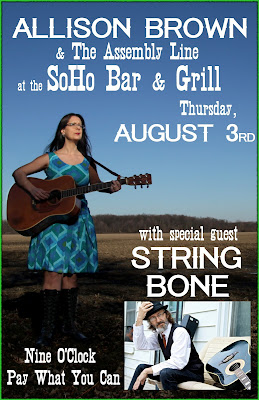 Super excited to be part of the line-up for this year's Pelee Island Unplugged! An amazing two days of music on Canada's southernmost Island destination!  Including Elliott Brood, The Ron Leary Sextet, Samantha Martin & The Delta Sugar and more of your favourites.  I take the stage with Uncle Dan around 5:30pm 'Island Time' on Sunday, August 6th. 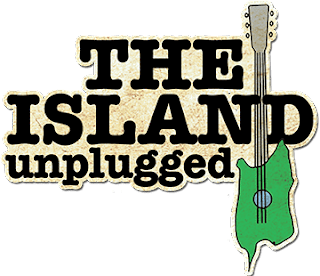 Later in August I'll be doing some Stage Hosting for the Kingsville Folk Music Festival coming up August 11th through 13th at Lakeside Park in Kingsville!  Another stellar lineup including Sylvia Tyson, Cowboy Junkies and more!

More on the list for August:
Friday, August 18th ~ Leamington Sip & Savour, 8:00pm
Saturday, August 26th ~ Art By The River, Amherstburg, Noon
and even more coming up as September rolls in - check the In Concert section for more!

See you out at so many fantastic festivals this summer!
Allison