August is already rolling along and I'm just back on the radar after a magical weekend at Pelee Island Unplugged, fantastic music and still feeling the island vibes!  This weekend I'm on deck for some stage hosting throughout the Kingsville Folk Festival weekend August 11th to 13th at Lakeside Park in Kingsville - I'll be joining the always fashion-forward Magoo as a co-host for Friday night's mainstage!

On the flipside of the KFF weekend, I'll be headed right to Stratford to play a few songs from back in the Perth County Conspiracy days at the Black Swan Coffeehouse Revival Fundraiser on Monday, August 14th! 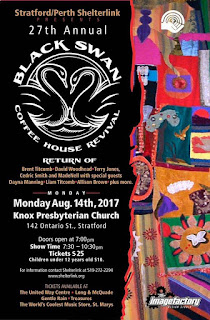 Later on in the month I'll be performing at Leamington's Sip And Savour Festival on Friday, August 18th for a solo set beginning at 8:00pm, and I head to Amherstburg the following weekend for a noon set in the craft tent at Fort Malden on Saturday, August 26th at Art By The River.  .. great gigs in my Southwestern Ontario stompin' grounds to round out August.

I'll be heading out on a mini-tour with the 'Lioness of Lanark County', Ali McCormick at the end of the month, up in Guelph at the Cornerstone on August 30th with our pal Max Marshall... 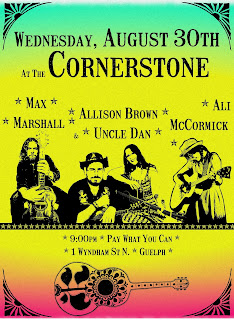 and then to Amherst Island for a special house concert at The Wool Shed at Topsy Farms on August 31st before heading to the Shelter Valley Folk Festival near Cobourg where I'll be doing some stage hosting and workshops!

Labour Day brings us to Trenton for an afternoon concert Monday, September 4th at the Old Church Theatre!  Tickets are available online - so get yours in advance here:
http://oldchurch.ca/event/allison-brown-ali-mccormick-uncle-dan-henshall/ 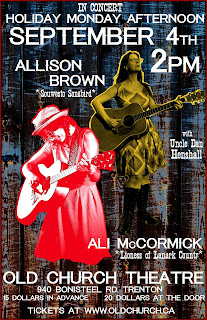 Here's a few photos from my recent summer rambles; see you at home and on the road! 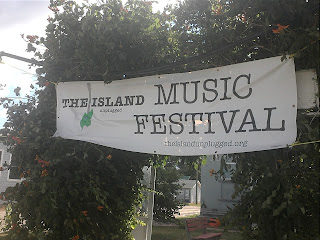