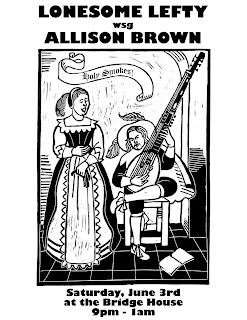 June is upon us and summer in Southwestern Ontario will soon be in full bloom!  Got a few shows coming up in June and July that keep me down here in the stompin' grounds and up to the big smoke for a rare Toronto show!

This weekend I team up with the one and only Lonesome Lefty for a night of songs at the Bridge House in Kingsville from 9:00pm to 1:00am on Saturday, June 3rd! Holy Smokes! 19 Main Street E., Kingsville.  No cover!

Saturday, June 10th brings me up to the city for a rare Toronto show as part of the Distillery District music series where I'll be joined by a surprise special guest!  2pm to 4pm!

Later on in June I join up with Lauren Baillargeon and her band of family and friends for a special fundraiser in Amherstburg for Kids Curing Cancer on Sunday, June 25th! 2:00pm at St. Andrew's Church, donations all towards helping these super kids fight cancer!

Thrilled to be working for a few weeks through July in Exeter as a Production Assistant for The Bach Music Festival of Canada, where I'll be helping with setting up and helping organize this fabulous festival of concerts celebrating the music of Bach! 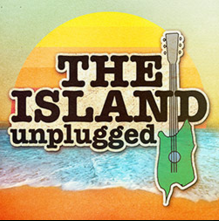 Friday, July 7th brings me back to Pelee Island Winery for an afternoon of music with Karen Morand from 4pm to 8pm... and later in August I'll be back on Pelee to play as part of the Pelee Unplugged Festival!

See you out in the summer sun!
Allison