Still glowing after a magical triple-gig weekend in Southern Ontario with the most recent incarnation of The Assembly Line backing me up at The Windsor Beer Exchange, a sweet porch concert and at Two Creeks Conservation Area! Big thanks to Jedd House, Lonesome Lefty and Mr.Chill Kelly Hoppe for a great week of rehearsals and gigs!
Check out this great video for Invisible Line filmed by Charlie O'Brien at his porch house concert! https://youtu.be/QWffuUv4-kU

Lots more happening in June as I team up again with Stratford's String Bone for a show at Taloola in Windsor on June 15th (8pm, PWYC), and at Amherstburg's Fort Malden on June 16th as part of a mysterious Escape Room Festival! We play from 1:30pm to 3:30pm at the Fort! 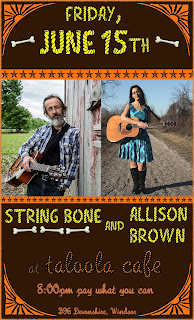 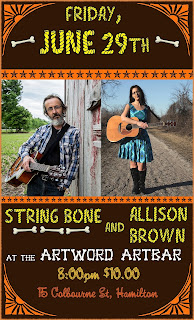 and again later in the month in Hamilton at the Artword Artbar on June 29th!

I round out my Super-June by returning to Toronto's Distillery District music series on Saturday, June 20th from 2pm to 4pm outdoors in the heart of the historic Distillery area! Uncle Dan joins up on Mandolin! 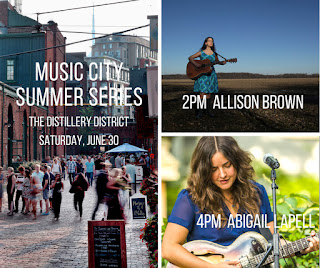 From there Dan and I embark for Old School Bluegrass Camp and more shows coming up in July! Stay tuned for more summer shows as things heat up!
Here's some more photos from our Assembly Line weekend...
Allison 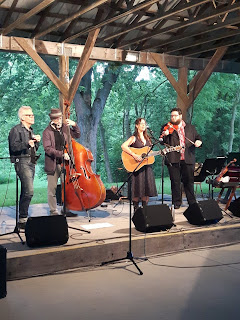 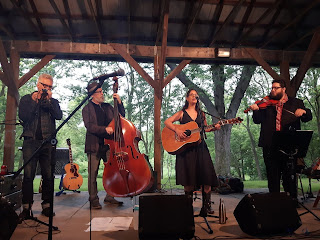