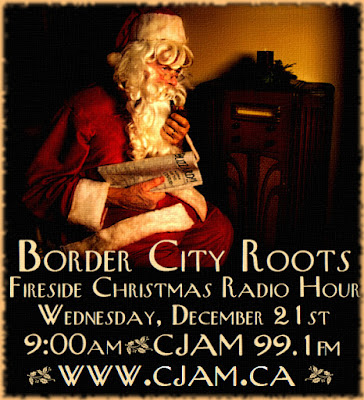 I've got my firewood all chopped and my cross-country skis waxed up as I head up to my snow-covered cabin in the woods (in a secret location) to bring you my annual "Border City Roots" Fireside Christmas Radio Hour!  This year, I'll be broadcasting by the fireside at a special day and time on Wednesday, December 21st from 9:00am to 10:30am on CJAM 99.1fm in Windsor and Detroit or on www.cjam.ca from anywhere in the world - including the North Pole!  I may have a surprise special guest, some special themes, and requests!

Wrapping up the gigging year with Lonesome Lefty's Holiday Homecoming on December 23rd at the Bridge House in Kingsville - cm'on out to the county for some down-home songs to celebrate the season...! 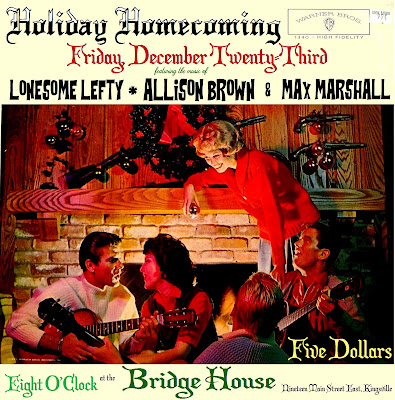 On the 2017 Horizon - I'll be heading out west to Vancouver Island aboard VIA Rail as part of the On Board Entertainment program this March..!  I'll be on the Island through March and parts of April and I'm currently booking some shows, so if there's anywhere you think I should do a concert, or if you'd like to host a house concert just get in touch - allisoncbrown@yahoo.com!