What a lovely August spent mainly in Southern Ontario... had a great show up at the big Zurich Bean Festival, went to up Summerfolk in Owen Sound, and wrapped up August with a beautiful day playing a set accompanied by Vera Colley on accordion and Chris Crossroads on banjo at the Kings Navy Yard Park in Amherstburg watching the Tall Ships sail past... summer is sweet but autumn is calling!
Starting September with a show in Leamington with my pals Sharon Light, Karen Morand & Janet Dixon as we celebrate Canadian Women of Song with a concert at Knox Presbyterian Church on September 7th.  The four of us are covering our favourite Canadian women songwriters and singers - Jann Arden, Sarah Harmer, Buffy Ste Marie, Cowboy Junkies, Sylvia Tyson... and more!  We're helping raise the roof for The Bank Theatre and Meeting Place - tickets are only $12, don't take a chance, get your tickets in advance!

Walk under a ladder and let those black cats cross your path on the way to Taloola on Friday, September 13th for a superstitious set of solo unplugged songs... not playing any of the 'hits' tonight - new stuff, and old stuff off the beaten set-list track. 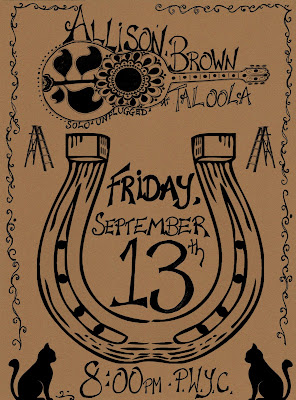 Then on September 27th I'm at the Roundhouse Centre LCBO for a indoor busking experience with Chris Crossroads from 4pm to 8pm.... cm'on and see us while you pick up your weekend supplies!

And I wrap up September with a House Concert in London on Sunday, September 29th with my good travelin' pal Scott Cook - more details on that just get in touch! 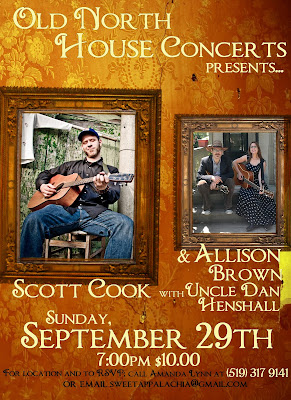