October Wildlife: Moose Lodge at OCFF, Fishin' At The Spill in Peterborough and Not My Dog in Toronto! 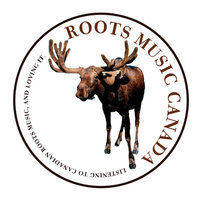 Howdy Folks..!
Autumn is off to a great start and I'm getting excited about being back at OCFF playing in the Roots Music Canada Songwriter's Speakeasy, in the Moose Lodge Room 524...!  My one and only scheduled performance at OCFF will be at 1:00am on Friday, October 15th... but you know I'll be jamming it up late into the wee hours of morning throughout the Conference... No moosin' around this will be the best showcase room of the whole weekend featuring folks like Eve Goldberg, Raghu Lokanathan, Janine Stoll, Jory Nash and more...!!! 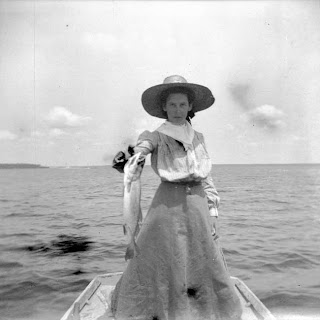 After the Conference hoopla, I head to Peterborough for a great night of Fishin' At The Spill, a roots music revue featuring Sarah Hiltz,  Dan Frechette, The Unseen Strangers, and myself with Dan Henshall along for some accompaniment... October is a mighty fine time of year for some musical fishin’ so bring your rod and tackle down to Peterborough’s SPILL CAFÉ (414 George Street North, (705) 748-6167) on Monday, October 18th for FISHIN’ AT THE SPILL, a roots music showcase featuring Sarah Hiltz, Allison Brown, Dan Frechette and The Unseen Strangers..!

... and taking the weekend into Tuesday, I'm back in Toronto along with DAN FRECHETTE for a special double bill at Not My Dog - Arf! Arf! Tuesday, October 19th - cmon' down and see what all the howlin's about! Dan Frechette is a modern traditionalist troubadour in the roots music vein. Raised on Rock n'Roll records and radio, Frechette has crafted an original catalog of over 1300 songs with styles ranging from old tyme music to rockabilly. His political folk songs "Who Will Take My Place" and "Mists of Down Below" have been sung the world over by The Duhks. His provoking lyrics and emotional riffs and melodies don't stop there. Frechette is also known to many as a soulful, dynamic and engaging performer who showcases his songs on a wide variety of instrumentation. With his forays in to other styles and sounds Frechette has developed his own style and mastery on all styles of guitar, bass, banjo, mandolin, and ukulele. His harmonica playing, while simple and melodic, has become a staple of the Dan Frechette sound. Frechette has toured internationally promoting his debut album "Lucky Day". "My Bride and I" from the album has been recorded by famed Irish folk-rock band Dervish. His new albums "A Quick Walk With Me" and "Hitting The Hard Road Straight" feature many fine original performances with world weary and insightful lyrics with his edgy vocals at the helm. His newest album "Performer", a live solo CD has received a 4 star rave review in the Winnipeg Free Press.


See you in Ottawa, Peterborough and Toronto for all the October Wildlife...!!!
Don't forget to SUBSCRIBE TO THE EMAIL NEWSLETTER for further updates!