June rolls in with a new video for "All Our Emergencies" filmed by the folks at Windecker Road Films in Cayuga, Ontario.  The live video was filmed as a "Film It Yourself" video workshop experience, shot and recorded by film-makers in training.  Watch it on Youtube here:
https://youtu.be/Egpgkqr65EA

Lots of music happening in late June with two shows in London: 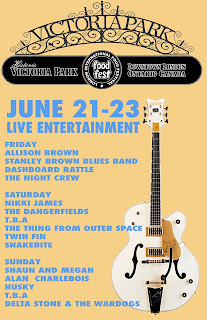 Friday, June 21st I'll be playing a set with Dan on Mandolin from 4pm to 6pm in Victoria Park at the London International Food Festival!
And the following week on Friday, June 28th I'll be doing an intimate solo concert at Brown & Dickson Bookstore, starting at 7:00pm, BYOB, $10.00 at the door, bring a chair or pillow!
https://www.facebook.com/events/376904096516899/ 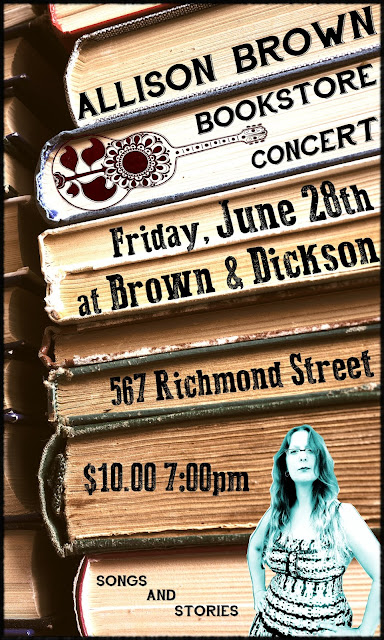 And then I'm off to Old School Bluegrass Camp for a week of music, learning, friendship, food and camping in beautiful Prince Edward County.  I'm back again this year as Camp Assistant helping out Jenny Whiteley and the crew! 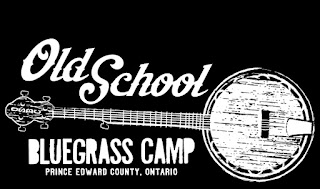 Stay tuned for more summer shows:
Friday, July 12th at Taloola in Windsor with String Bone
Sunday, July 28th in London - Garden Concert with the Assembly Line
Friday, August 9th at Pelee Island Winery Island Pavilion
Saturday, August 24th on Pelee Island as part of the Stone & Sky Quarry Series
See you all out there in the sunshine!
Allison