It's true! I have a NEW SONG - my first original recording since 2015. Currents Collide is being released as a download single ONLY and can be found right here on www.allisonbrown.ca under 'Music' and on my Bandcamp page.  It will soon available on I-Tunes and Spotify in the next few weeks.  Currents Collide was inspired by the final Tragically Hip concert in August 2016, where I watched the concert on TV at the Westview Tavern on Pelee Island.  For each $8.00 download, $4.00 will be donated to the Gord Downie & Chanie Wenjack Fund towards reconciliation and improving the lives of First Peoples.  If you choose to pay more, half of whatever you pay will be donated towards the fund. The song was recorded, produced, mixed and mastered by Deni Gauthier at Second Records in St. Thomas, Ontario and features Martin Horak on Cello. 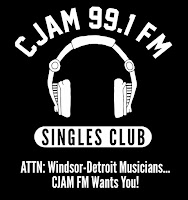 Currents Collide will also be featured as part of CJAM's monthly 'Singles Club' so you can call in for requests on 99.1fm in Windsor/Detroit through the month of August! 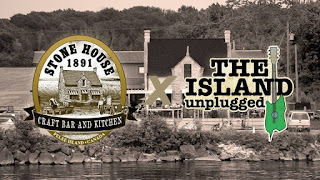 I'll be spending lots of time on Pelee Island again this August as I'm headed over on the ferry this weekend to kick off the Island Unplugged Festival  on Friday, August 3rd at the new Stone House 1891 on the patio along with Kelly Hoppe (Mr.Chill) and Jedd House as the Assembly Line!  I'll be doing a special feature set at the Pelee Island Winery Pavilion on Saturday, August 4th at 2pm along with a re-assembled Assembly Line including the stellar Max Marshall on guitar, and I'm back at the winery Sunday for a solo set at 3:00pm.

Later on in August I've joined up with a mysterious theatre project on Pelee Island as the finale of the Stone & Sky art and performance series in the historic quarry - Equilibre happens on Sunday, August 19th on the Island!

I'll be popping over to Amherstburg for this year's Art By The River for a duet set with Karen Morand from 3:00pm to 4:00pm at Fort Malden on Saturday, August 25th.

Hope you enjoy this powerful new track - see you out festivalling in Southern Ontario through August!
Allison