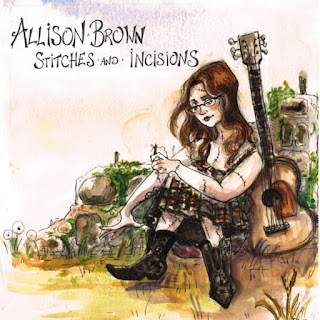 Join me for an intimate summer sunset concert celebrating the release of my newest recording, “Stitches And Incisions”, in a beautiful screened tent tucked into the trees at Shangrila Yoga on SATURDAY, AUGUST 1st.  Yoga chairs, prayer benches and pillows available, bring a camp chair if you like. Snacks and refreshments provided, this is an all-ages, alcohol-free event.  Guests are asked to remove footwear to honor and protect the yoga surface at this beautiful alternative music venue.  Tickets are $12.00 in advance at Grooves Records, The VillageIdiot and at Shangrila Yoga.  Doors open at 7:30, show starts at 8:00pm.  Parking available on the street or in the Westside parking lot.
“Stitches And Incisions” will be for sale on CD for $10.00 cash at the concert, along with a brand new release from Uncle Dan Henshall who will be opening the show.  “Stitches And Incisions” features four songs that previously appeared on the“Secret Identity” EP, those holding blue coupons included with the EP will get three dollars off the new CD.  You can preview the whole album on Bandcamp at https://allisonbrown.bandcamp.com/ or right here on allisonbrown.ca, where you can also purchase a digital version. 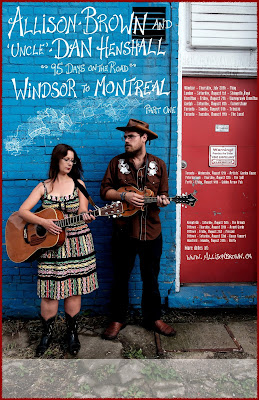 Part two of the tour brings us to the East Coast and Newfoundland, Part Three takes us across Northern Ontario and Part Four is our Home Routes tour through Manitoba!

I'm also hosting a free "How To Tour Workshop" on Thursday, July 23rd at London Fuse (402 1/2 Richmond Street Upstairs) from 7 to 9pm... a casual hangout and info sharing session followed by a jam!
Hope to see you at Phog, Shangrila and along the highway up to Montreal as we embark in August!
Allison 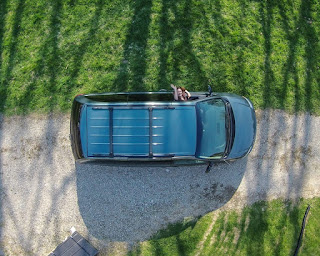